WinZip Driver Updater, while not a virus per se, is a potentially unwanted program (PUP) that is designed to scam unsuspecting computer users. WinZip Driver Updater attempts to trick users into purchasing unnecessary software by claiming that their drivers are out of date. It can also download malware onto your computer.

What Does WinZip Driver Updater Do?

WinZip Driver Updater claims to be a software program that helps users update their device drivers to the latest versions. In actuality, it’s a potentially unwanted program (PUP) that scams users into paying for services they don’t need.

When installed and operating, it will scan a computer and then claim that the computer’s drivers are out of date, and then prompt the user to purchase the premium version of WinZip Driver Updater. If the user purchases the premium version, however, it will not provide the promised driver updates.

Once it is on your computer, it can start to cause problems. It may display a large number of pop-up ads and fake alerts, encouraging you to purchase the premium version of the software. These pop-ups and alerts can be very annoying and can make it difficult for you to use your computer.

In addition to displaying pop-ups and fake alerts, it may also slow down your computer and disrupt its performance. It may also download and install other unwanted programs, such as adware or other types of malware.

How to Remove WinZip Driver Updater

If WinZip Driver Updater is installed on your computer, you likely have other types of malware infecting your computer as well. Here’s how to remove it.

You can uninstall it by navigating to the Start menu, selecting “Programs and Features,” selecting WinZip Driver Updater from the menu that appears and following the instructions. Removing WinZip Driver Updater is only the first step; the program has likely downloaded other malware programs to your computer. Use an antivirus program to run a full scan to detect this malware before it can do any damage.

3. Remove any viruses or malware that have been downloaded to your system

4. Check to see if other unwanted programs have been installed on your computer

Because WinZip Driver Updater typically infects computers through software bundling, other potentially unwanted programs may have been installed along with it. Check the Programs and Features menu for unfamiliar, recently-installed programs and remove them, since they may also be dangerous. You should also check your browser for unwanted add-ons or extensions.

How to Keep Your System Safe from WinZip Driver Updater

Now that you’ve removed it from your computer, you’ll want to take some precautionary steps to protect yourself from it and other forms of malware in the future.

The biggest way you can prevent it from getting onto your computer is to be careful what you download or install. This is because, as mentioned above, WinZip Driver Updater typically sneaks onto users’ computers when it is installed alongside other programs.

Be cautious when downloading software from the Internet. Only download software from reputable websites, and be wary about using freeware or shareware. Be sure to read the terms of service and any end-user license agreements carefully when you are installing new software.

When downloading software programs that you need and trust, you should only seek them out from their official websites and sources. Avoid using third-party downloaders and installers because malware and unwanted programs such as WinZip Driver Updater are often bundled into them.

As mentioned earlier, programs such as WinZip Driver Updater aren’t necessary when it comes to keeping your drivers up to date. Your operating system and software can be automatically kept up to date by following the included instructions.

To further protect yourself, always keep your operating system and antivirus software up to date. This will help protect your computer against the latest threats, and it will also insulate you from viruses and malware that spread via security exploits in older software versions.

WinZip Driver Updater may seem legitimate, but it’s actually a potentially dangerous program. Its claims of updating drivers are a scam to get computer users to pay for software they don’t need, and it can also download damaging and invasive malware to your computer if it is installed.

The fact that it is bundled with other types of software makes it especially insidious since many users will inadvertently install it alongside other programs that they actually need.

By following the steps in this guide, you’ll be able to get rid of these types of viruses as well as any other malware that it has downloaded to your computer. You’ll also be able to protect yourself from any other threats you may encounter online. 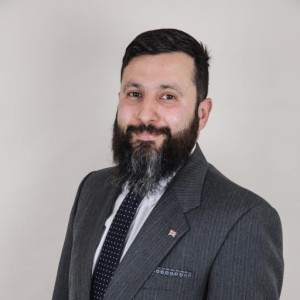