12 Most Dangerous Virus and Malware Threats in 2023 Computer security is ever-evolving, with new threats emerging on a regular basis. You need to know how to defend yourself from new malware in order to stay safe online. Here is a rundown of the 12 most dangerous virus and malware threats on the Internet today.

This past year has seen the rise of a new malware threat known as ransomware as a service, or RaaS. This is a system in which bad actors will pay malware developers to use their software to execute ransomware attacks on unsuspecting users. These developers will earn a percentage of successful ransom payments.

Here are some examples of popular ransomware services you need to be on the lookout for.

Onyx is a strain of malware that is based on the Conti ransomware. When executed on a computer, it will encrypt files, warn the user against decrypting them, and demand a ransom with the threat that the files will be leaked.

Onyx was initially believed to be a “wiper” malware due to the fact that initial installations of the malware would delete files rather than encrypt them. However, this was later revealed to be a bug in earlier versions of the program.

Black Basta is a malware program that first became known after a series of attacks in the spring of 2022. Originally assumed to be a reprogrammed version of an old malware program, Black Basta, like the Onyx malware, encrypts files on a computer with the threat of leaking them if a ransom is not paid.

Some security researchers believe that Black Basta is derived from Conti ransomware in the same way that Onyx is, but this has not yet been established.

Originally first noticed during a series of attacks in March of 2022, Mindware has been used to perform double extortion attacks on unwitting Internet users. In contrast to other ransomware programs, hackers who deploy Mindware will steal data before encrypting it, allowing them to extort ransoms while still benefiting from pilfered data.

Mindware is derived from the Sfile family of malware, with some researchers arguing that it is a derivative of past ransomware threats.

Computer viruses have been a major concern for as long as the Internet has existed, and left unchecked, viruses can lead to significant financial, reputational, and personal damage. Here is a list of the latest computer virus threats and malware.

Zeus Gameover is a Trojan horse, a virus that disguises itself as a benign or useful file in order to sneak onto users’ computers. Once opened, it steals bank information. It has the ability to evade detection by centralized servers, making it extremely difficult to track data stolen by the virus.

In addition to its ability to steal financial information, Zeus Gameover acts as a botnet, linking victims’ computers together for remote control by its operator, allowing them to be used to commit more crimes.

Clop is a family of malware programs that are generally targeted at corporations due to their willingness to pay larger ransoms. When Clop infects a file on a system, the next time a user tries to open it, a note appears with payment instructions, usually involving a cryptocurrency wallet.

It is generally recommended not to pay ransomware threats due to the fact that there is no guarantee that the infected files will be restored, or that the attacker won’t simply target you again.

6. Cyborg and Other Fake Windows Updates

A new threat in recent months is viruses disguised as Windows updates. Hackers will email unsuspecting users urging them to install new updates to Windows, which are actually viruses or malware in disguise.

The most common malware program used in these attacks is Cyborg, a ransomware program that will encrypt files on your computer and then demand payment to decrypt them. However, other viruses and malware have been disguised as Windows updates.

To protect yourself against this type of attack, only install Windows updates through Microsoft’s official update program.

Hackers and criminals will often take advantage of breaking news to infect users’ computers with viruses and malware. For example, during the COVID-19 pandemic, hackers would send out emails to users claiming to have information about the virus. These emails would contain links that, when clicked, would install malware that would steal users’ banking information and personal files.

To guard against these types of phishing attacks, scrutinize emails that you receive and if you are suspicious about an email, don’t click any links in it.

Fleeceware is a term used to describe mobile apps that overcharge users for basic functionality. Research shows that over 600 million Android users have downloaded fleeceware to their devices in recent years.

While some fleeceware apps are harmless, fleeceware developers are known to financially exploit unsuspecting users, and many fleeceware programs have security vulnerabilities that can be utilized by hackers. To stay safe, be careful about installing new programs on your devices.

Cryptojacking is a process by which an individual’s computer is hijacked to mine cryptocurrencies such as Bitcoin. Mining (the process of generating new coins) is a resource-intensive process that requires extreme amounts of processing power. Hackers use cryptojacking malware to steal the processing power of others’ computers to speed up the process, causing those users’ computers to slow down considerably.

Cryptojacking malware has fallen in popularity in recent months due to the collapse in value many cryptocurrencies have suffered. However, it remains a considerable threat. Cryptojacking malware is often embedded on websites, running in the background without the user’s knowledge. Because mining cryptocurrency generates revenue for the miner, cryptojacking attacks are a lucrative source of funds for hackers.

With the recent explosion in the popularity of smart devices, such as smart speakers, smart TVs, and video doorbells, hackers and cybercriminals have a new means of attacking vulnerable systems.

Smart devices, also known as the Internet of Things (IoT) devices, are a common target of virus and malware attacks for several reasons. Chief among them is that compared to computers and smartphones, they typically lack high-level security measures, making them easy to break into. In some cases, IoT devices can be used to gain access to an entire network.

To protect your smart devices from unauthorized access, make sure that you set passwords for them. Do not use the same passwords that you use for other devices or accounts.

Cybersecurity researchers have begun using AI to recognize and combat malware; however, these same tools are also available to hackers who seek to exploit security flaws and trick unsuspecting users. As AI tools become more accessible to the public, AI-based malware will become more common as well.

Agent Tesla is a remote access Trojan that is capable of stealing confidential information, keylogging, copying clipboard data, and stealing images from infected computers. It is frequently used for ransom attacks.

Agent Tesla’s popularity is bolstered by the fact that it is offered as a service, with subscribers paying a fee to use it in attacks.

How to Defend Yourself from New Malware

These are just a sample of the many threats that have emerged online in recent history. There will no doubt be new viruses and malware that will pop up, creating headaches and causing problems for users across the globe.

Even with these new threats, you can easily protect yourself online from these and other threats. Use a reliable, up-to-date antivirus program, avoid opening suspicious email attachments or clicking links, and use adblocking software to keep compromised ads from installing malware on your device. Steps such as these will keep you safe online. 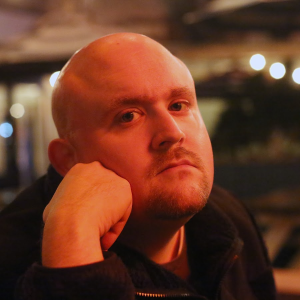